I'm Uzzal Podder, an machine learning engineer in Chowagiken. In this post, I want to talk about text Detection and Recognition from Scene Image.

Written Text is a remarkable innovation in human history. It can transfer knowledge from country to country or even generation to generation. In this modern era, computer has revolutionized almost every aspect of life. Although computer is very powerful for processing digital formatted text, even for Optical character, still it is not smart enough to read text preciously from scene text image.

In this blog, we will build an engine that would be able tp isolate text region and also to recognize text from scene text image. This can be considered as a very robust system because you can apply it for any language, even for any character like shape. Here we will use hand watch image as Scene text image and will try to recognize the text from watch surface.

What are the Challenges in Scene Text Detection and Recognition? 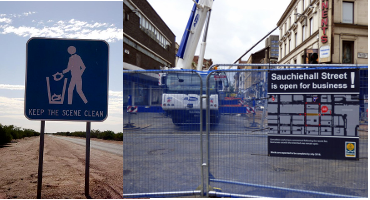 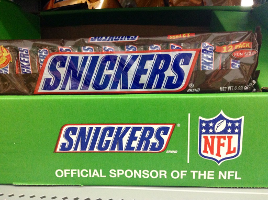 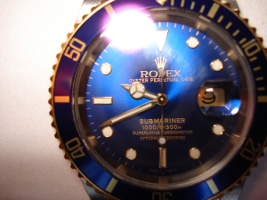 To read text from document scan image, Optical Character Recognition(OCR) has been using in industry for several years with high accuracy. But OCR fails if the image is a scene image. This is because there are several challenges in Scene Text Recognition(STR).

How Does This Engine Work?

There are two main parts.

At first part, we need a text detection model. For this we will use EAST deep neural net architecture.

At second part, we need a text recognition model. For this, we will use CRNN architecture which is actually a combination of Convolutional neural network and Recurrent neural network.

According to EAST paper The model can be decomposed into three parts: feature extractor stem, feature-merging branch and output layer. 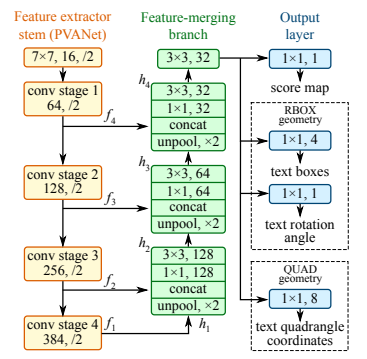 The feature extractor stem is a convolutional network (generally pre-trained on ImageNet dataset) with interleaving convolution and pooling layers.

The geometry map output can be either one of RBOX or QUAD. In RBOX the geometry is represented by 4 channels of axis-aligned bounding box (AABB) R and 1 channel rotation angle θ. In QUAD Q, 8 numbers are used to denote the coordinate shift from four corner vertices of the quadrangle to the pixel location.

How to Train EAST?

We will use tensorflow implementation of EAST.

We will use docker container because we can setup the CUDA enabled environment and other library dependency very easily in docker. Also Tensorflow provide very great support for docker image.

Now run the image with nvidia runtime. For using Tensorboard and Jupyter Notebook we will map 8888 and 6006 port with unused ports in host. Jupyter Notebook_ is not necessary here. It may be useful if you want to modify some code in you container. We will mount our host directory inside docker so that we can access those storage without copying into docker container.

Now clone the EAST repository. It's better to clone in mounted folder because you can use external editor to edit the source code easily. Also you need not to commit your image every time when you modify your code.

The dataset structure is very simple for EAST. In a single folder you have to put your images and for each image you need a text file containing the text box coordinate information. Please keep in mind, for each training example the file name must be same both for image and text file (except file extension).

inside a text file it may looks like this.

If you want to train your custom model, obviously you need to annotate text box boundary like above. So you have to use any annotation tools. We use LabelImg. You can install it from https://github.com/tzutalin/labelImg

But the output of LabelImg annotation is .xml file which is not suitable for EAST. So we need to covert it to .txt file.

You may do it by your own, but I have created an script to do this https://gitlab.com/chowagiken/dataset_preprocessing_scripts/blob/master/EAST/main_east_preprocess.py

At this moment our dataset is ready. Now we can start training. But it is obviously better to use a pre-trained weight. For convolutional part, we will initialize it's weight from http://download.tensorflow.org/models/resnet_v1_50_2016_08_28.tar.gz. Download and unzip it.

Also we will use a checkpoint that is already trained on ICDAR 2013 + ICDAR 2015 dataset. Download and unzip it east_icdar2015_resnet_v1_50_rbox.zip - Google ドライブ

Assuming you are in EAST root directory (/home/EAST/)

Training should start smoothly. You can training log in tensorboard. Open another terminal and go to the container. let's assume that the container ID is 8ba3fa2a2ddb

After training, our model will be saved in /home/data/east_icdar2015_resnet_v1_50_rbox/. Let's test it 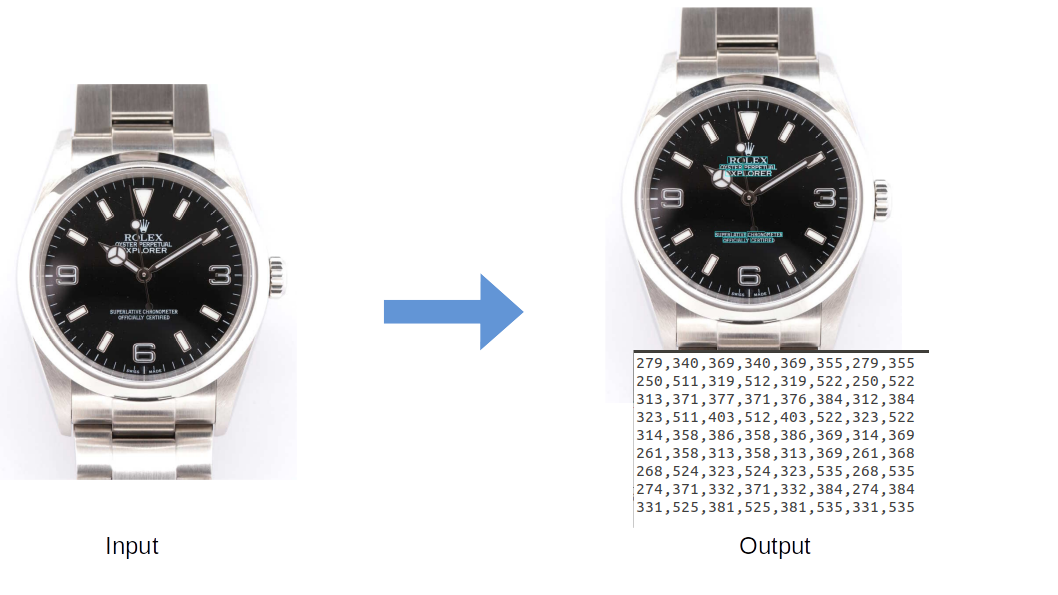 Text Recognition from scene image has been a long-standing research topic in computer vision. Here we will use CRNN which is good for image-based sequence recognition. In CRNN architecture there is no need for character segmentation or horizontal scale normalization. That is why it can naturally handle sequences in arbitrary lengths.

The network architecture of CRNN consists of three components. a convolutional layers, a recurrent layers, and a transcription layer from bottom to top. 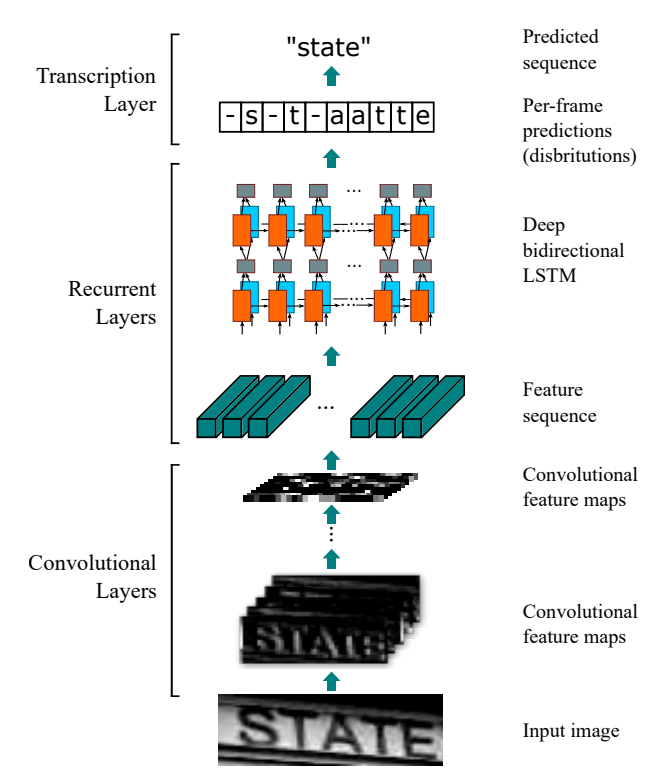 Like EAST, we will use docker to simplify the environment setup. Official implementations of CRNN has a docker file. But we found that this docker image takes too much time to load cudnn (require('cudnn')). (issue: require 'cutorch' takes long time · Issue #475 · torch/cutorch · GitHub.)

So we will use a different docker image which has resolved that slow loading bug. Inside rremani/cuda_crnn_torch docker image everything is ready along with official CRNN code. (Obviously you can build your docker image from original repository https://github.com/bgshih/crnn, if you want)

First pull the docker from https://hub.docker.com/r/rremani/cuda_crnn_torch

here -e NVIDIA_VISIBLE_DEVICES=0 flag gives access to the docker only for first GPU (if you don't have multiple GPU, you can skip this flag.)

The repository provides a script tool/create_dataset.py to convert your images and corresponding target labels into LMDB database. Please use python 2.7 during running this script because there are some Unicode encoding issues for python 3.6. Also use ASCII charterers for your label. The source code in this repository only accepts alpha-numeric characters(a-z and 0-9). If you want to add extra character, you have to modify the config file (example: model/crnn_demo/config.lua) and str2label function in src/utilities.lua.

It is better to remove non alpha-numeric digit from label. In my case after scanning image files with corresponding label and encoding checking pre-process, I saved those inside a temporary numpy image_label_list.npy file. Then I load that file in a script and call createDataset function twice, one for train data, other for test data. Here tst_lim is the number of test dataset number which will be used for splitting the test and train.

This will generate our dataset 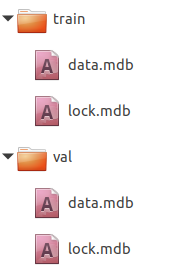 Create model directory under model/. For example, model/foo_model. Then create configuration file config.lua under the model directory. You can copy model/crnn_demo/config.lua and do modifications at 14-15 line. Use your own database location here.

Model snapshots and logging file will be saved into the model directory.

CRNN will try to detect text based on pre-trained model

We have successfully trained and run both EAST and CRNN for text detection and text recognition respectively . So far so good. It's time to integrate them so that EAST and CRNN can work sequentially without intermediate manual instructions. Actually we want a pipeline where user give an image as input and will receive the detected text on that image as output. We need to modify some code both in EAST and CRNN. Lets's separate our task in two parts: EAST node and CRNN node

We need a http server which will receive an image as HTTP POST request. That server call the EAST detection task. For make it more useful we will cache the deep neural network weight at the very first request. After that every request will use the cached weight. This will make the pipeline faster.

Create a east_server.py from https://gitlab.com/snippets/1856321/. We use the run_demo_server.py and customized according our need. This is actually a flask server which will run the EAST and pass isolated image to CRNN and receive the result from CRNN.

The call_crnn function crop text region and save it to a shared location. Then it calls the make_req function and pass the saved location and number of images. Actually instead sending all cropped images generated by EAST, we will just share the shared file location. This is not mandatory. We did it just because of simplicity. You can use HTTP post if you want.

make_req function create a HTTP request to CRNN node with parameters shared location and number of image and waits for response. You may need to install requests python library to make request in CRNN node. (use pip install requests).

You have noticed that we use http post request just to send two string. Using http get request may be more suitable here. But use http post because you may send cropped images if you want.

Now save this docker state

We will use a very simple flask server to receive request from EAST. This server will receive the shared file location and number of image. Then it will prepare a command line arguments and call the CRNN.

At this moment CRNN can receive http request. But we also need to modify the crnn/src/demo.lua code, cause we have to handle multiple image based on shared file location and number of images.

Create a new crnn/src/multi_demo.lua from crnn/src/demo.lua with these following modifications.

Now save this docker state

There are many way of communication between two docker container. Here we will use link method. First we will run the CRNN docker with a specified name. Then we will run EAST and link with that specified name of CRNN.

Now go broswer and enter host:5014. Upload a test image and you will get response with detected text on that image.

[1507.05717] An End-to-End Trainable Neural Network for Image-based Sequence Recognition and Its Application to Scene Text Recognition